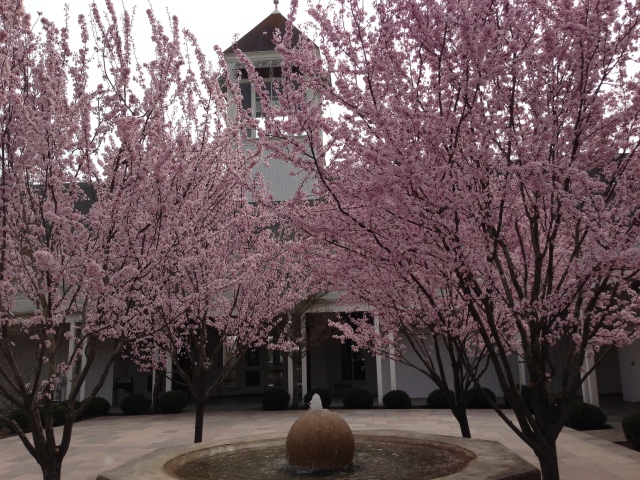 My dear friend’s father died this week.  I never know what to say when this happens.  I meant to say, “I’m thinking of you.”  I was.  Almost every moment of these past few days, I’m thinking of my friend who has just joined our exclusive club of orphans.  What I actually found myself saying was “How are you?”

How do I tell her that you never stop missing them?  For me it was especially hard to lose my father to cancer when he was only 65.  I was 39.  I realized as I heard my girlfriend’s news that this year he’s been dead for 10 years.  It’s not an anniversary that I normally count; I prefer to count birthdays instead.  I was closest to him, identified more with him, had a deeper, albeit more difficult, relationship than with my mother.  My father understood me, while my mother was forever puzzled by my lack of interest in her social scene.  Losing my mother was one thing, losing my father was quite another.

I remember someone softly, somberly saying to me when my father died, “You’re now a member of a very exclusive club.  You have to lose both your parents to join.”

I spent a rainy day rummaging through old photographs, stumbling upon many fathers along the way, mine included.  I found the last photos that were taken of him.  I was suddenly surrounded by him, his voice, his distinguished laugh.  So many memories, and then the tears.  I cried until I didn’t think I could cry any more, and then I cried again.  This, even after 10 years have passed.

Looking at my father’s last photos, I remembered all the long intimate moments to which he allowed us access in his final days.  Every photo of him was precious, his hair completely gone from chemo, but his eyes and his smile were still very much alive.  And he was so very patient with us during those days while he pushed through extreme pain, heavy medication, and very little energy.  My final memory of him was at a restaurant, his favorite — BBQ.  It was to be his last meal.  He died the next day.

Deep within all orphans, there is a quiet longing that never fades.  We never get over the loss of a parent, no matter how old we may be, or how sick they may be.  This is the great secret of the club.  The grief just burrows deep within us, but it never leaves.

I won’t try to soften the blow for her.  This thing’s a long term commitment.  The only way I’ve found to dull the pain is to walk with them.  Play their favorite music.  Have coffee with them and discuss the issues of the day.  Listen to the stories over and over again.  It’s all still there and we can access it whenever we allow ourselves the chance to dream.

I want to tell my friend that the love from our fathers never leaves us, transitioning to something more powerful, more accessible.  But, the grief is buried underneath our Everyday Face.  It’s easily retrieved, and strangely bubbles up at the oddest times.  The longing burns like a hot ember.

Many months after my father died, I had a dream that we were walking together in a park.  As we walked, railroad tracks began to divide us and I watched as he faded off on the other track.  It was a sad dream, but I realized that as he was transitioning to his new life, I still had access to him in simple ways, such as a walk in the park.

While I scrolled through the stacks of photos, I realized that I am now the carrier of the torch for my family.  I hold the stories, the memories, the history of the people who created me and my daughter.  It comforts me somehow to spend time with these images and see their smiles.  It’s now up to me to pass along what I know about them, and most importantly, what they taught me.

But, it’s no burden to me…I consider that a grand honor.

I create to feed my passion. I'm a dreamer, a muse, a mother, a lover, a friend. I'll likely make myself available for an adventure, especially if travel is involved. My passions are many, but my heart is steeped in music. I'm not a musician myself but I consider music a form of worship. I also adore food but I'm not a chef. You'll usually find me in the background cheering and begging for more...the encore. Encores mean just a couple more tunes, or a second helping. Or maybe just dessert.
View all posts by Deborah Parrish Author →
This entry was posted in Ancestors, Friendship and tagged Death, Family, Father, Photograph. Bookmark the permalink.